Friday September 11, 2020 was a day the Iwuoha family, their friends, neighbours and relations will never forget for several years coming. It was the day Mrs Concepta Enyioma Iwuoha was buried after spending 53 eventful years on earth. During the Church service for the repose of her soul, the officiating priest remarked that people should not be afraid of death because death is a general debt everyone must pay. According to him, what mattered and will always continue to matter is the type of life we humans live. He talked about the family left behind by the woman and encouraged the husband of the dead, Mr Goddy Iwuoha to be strong and take care of his family with the fear of God. At the end of the church service, the whole people went straight to the ancestral home of the Iwuoha family in Umuezikoha Uba for the interment. The officiating priest again prayed for the repose of the soul of Mrs Concepta Iwuoha, with the choir singing some heart touching songs. When the priest called on Mr Godwin Iwuoha to pay his last respect to his dead wife by pouring sand into the grave, he came up, held the shovel containing the sand, uttered some prayers and almost broke down in tears. He left the scene immediately the sand in the shovel was emptied into the grave.

His first son, Obinna, daughter, Kamsy and grandson, little Chiedozie managed to follow their father’s footsteps. Due to stress and emotional pains, Obinna and Kamsy appeared very weak. Their eyes had swollen up and turned reddish due to unceasing tears that have run out of their eyes since the news of their mum’s death was broken to them. Several intervals of crying and wailing have indeed taken a tool on the children of the diseased. Despite all these, they were still able to say their final good bye to their mother and grandmother respectively.

Umuaka Times noticed a heavy presence of many women’s and men’s groups both from Umuaka and Lagos who came to pay their last respect to the dead who everybody who knew her during her lifetime, attested to her friendliness and good manners. Several dignitaries who took their time off to mourn with the family include, Dr Austin Agbahiwe, Hon Dr Chuma Nnaji, Onwukwe Mike, Bon Ogbenna, Chief B.C Dire and many others.

Royal fathers who despite their busy schedules made it to the family included, Eze Caesar Duruegbusuo and Eze Victor Ijeoma.

The late Mrs Concepta Nkiruka Enyioma Iwuoha was a well known hardworking woman during her lifetime and valued academics and other forms of education a lot. As the husband wrote in his tribute saying, “I miss the sound of our voice, the wisdom in your advice; the stories of your presence….I miss you as today as I did the day you died. I miss you. Sleep well my dearest wife…” Those who knew this woman of substance will continue to miss her and pray that she sleeps well.

Rest in peace Concepta with a concept. 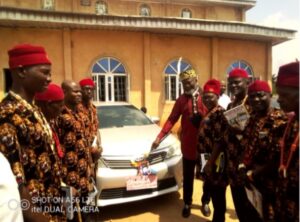 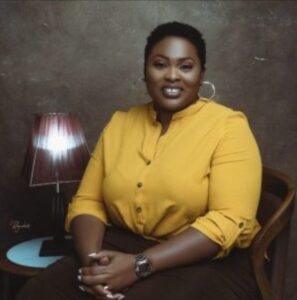 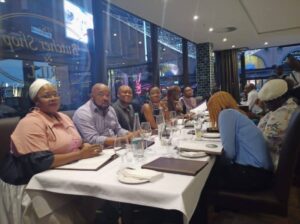