The late Mr Oscar Uchenna Nnozirim, a hospitality business mogul based in Umuaka had over the last few months been in the news in almost all the digital platforms in Umuaka town including Umuaka Times newspaper. Uche as he was generally known as by his customers, relations and others, was in the news because of some certain health challenge he noticed; he was always getting weak and needed to sort out what was the problem with his health. He tried to seek medical care because he was noticing decreased urine output, fatigue, confusion, nausea, weakness and irregular heartbeat. After several tests he underwent, he was told that he was having a kidney issue and needed to have a kidney transplant urgently.

From the day this bad news was broken to Uche Nnozirm, his life took a new dangerous nosedive. His flourishing business temporarily stopped and he became a regular visitor to several hospitals in search of a medical solution in Nigeria. Umuaka Times was the first media organization in Nigeria to publish his story and created a video coverage of the issue soliciting for assistance from public spirited individuals. The reason for the appeal for funds was to raise money to offset his medical bills for the kidney transplant that was recommended for him by the medical authorities he consulted. Umuaka Time also created a Whatsapp group for him and later some personalities like Dr Austin Agbahiwe entered the group and elevated the quest for funds and at last, millions of Naira were realized.

Ready to take off to India, he had some problems bothering on logistics from the airline he, his wife and a donor had purchased air tickets from. The airline refused to carry him. Another attempt was made on another date and the same problem showed its ugly face. On the third time, the airline accepted to carry him and a couple of hours after, they arrived in an India hospital to commence the kidney transplant. As Phil Collins would put it, “something happened on the way to heaven” as the transplant was suspended by the medical experts in India so as to give way for the treatment of his swollen leg which was called for a prompt medical urgency.

After the treatment of the leg, the money realized in Nigeria according to a voice note message Uche made from his hospital bed in India, finished and the need for another contribution became inevitable. Trust Akalites, they started to contribute more funds to save the life of Mr Uchenna Nnozirim whose case was becoming critical as the days went by. In the emotional voice message, Uche gave an accurate account on his health challenge and all the roads he had travelled and finally appealed to his fellow Akalites saying, “Please Help me . Don’t let me die in India.”

Weeks after the appeal, came the bad news that Uche had died in India after an unsuccessful attempt to undergo kidney transplant. The news threw Akalites and other people who knew Uche during his lifetime into deep shock and mourning. Many whatsapp fora owned and operated by several Umuaka persons were throughout last week, dominated by condolence messages from both the high and mighty including royal fathers, priests, top community leaders as well as political actors. As things stand now, the challenge of kidney transplant and death had come and gone on a seriously bad slate, the next challenge now is how to bring back the remains of Mr Nnozirim and accord him the befitting burial he deserves.

Uchenna Nnozirim would be missed by several people especially his wife, mother, daughter, family and friends who knew and interacted with him during his lifetime. He was 50 years old. 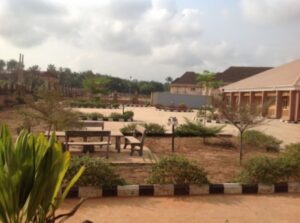 A close-up on Merit College of Nursing Sciences. 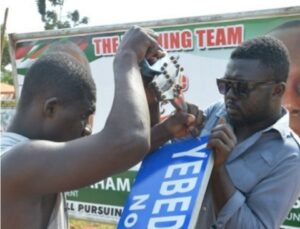 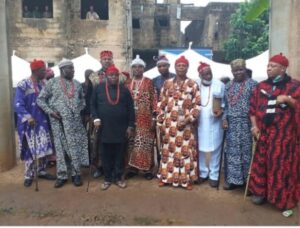 Royal fathers, stakeholders, give Amiyi conditions to own UCH.